The Roger Rees Awards for Excellence in Student Performance

The Roger Rees Awards is an annual award program designed to recognize emerging young talent and celebrate high school musical theatre programs. It serves as the Greater New York Chapter of the National High School Musical Theatre Awards® (MHSMTA), aka The Jimmy Awards®, a national celebration of outstanding achievement for aspiring student performers – which the Broadway Education Alliance co-founded and managed from 2009-2017.

The Broadway Education Alliance is the fiscal sponsor of The Roger Rees Awards and is proud to work in partnership with Disney Theatrical Group and Camp Broadway LLC who produce the annual talent contest that culminates in the selection of the regional Best Actress and Best Actor in a high school production. Public and private schools located in New York’s five boroughs, as well as Long Island, Orange County, Rockland County, and Westchester County are eligible to submit their officially licensed high school production into the program.

This program, originally named The Gershwin Awards, was established in 2011 by Camp Broadway LLC. It was renamed in 2016 to celebrate the exceptional life and career-long artistic excellence of Broadway’s beloved actor, Roger Rees.

“You Will Be Found” College Essay Writing Challenge (Completed)

Broadway Education Alliance and Gotham Writers presented the “You Will Be Found” College Essay Writing Challenge to recognize excellence in storytelling. All 11 and 12 grade high school and home school students in the Greater New York area were eligible to submit an essay for consideration by a panel of professionals. The winning students received a $1,500 scholarship to the college of their choice sponsored by Stacey Mindich, producer of the Tony®-Award Winning Best Musical, Dear Evan Hansen. 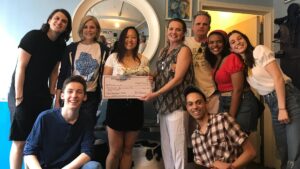 Stage Presents for the Arts

Stage Presents for the Arts is a new program that will support theatre arts education and enrichment programs for children from funds raised from the sale of products and experiences featured on StagePresents.com. This innovative initiative is inspired by a group of Broadway stalwarts who are creating, curating, and selling arts and theatre themed merchandise specifically designed for kids, teens, aspiring artists, and young art/entertainment professionals. 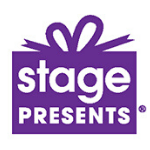 Marya’s Gift is a scholarship fund established to honor the memory of Marya Lenn Yee, a brilliant professional and a passionate patron of the arts. She was the first person to believe that Camp Broadway® could become a place where children could hone their talent, develop their confidence, and shape their “character”. She shared her wisdom and invested her extraordinary legal expertise without which Camp Broadway® would not exist today. This dedicated fund enables deserving children, ages 9-15, who would not otherwise have access, to attend Camp Broadway’s camps and special events so that Marya’s legacy of love for the arts can inspire future artists and audiences. 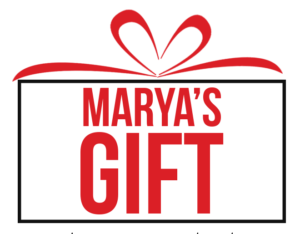 Crossroads Classroom is a digital bridge that will enable Broadway show and independent artists to gain direct access into K-12 schools nationwide in an effort to provide classroom teachers with authorized curriculum that adds A. (arts) into S.T.E.M. (Science. Technology. Engineering. Math).

Camp Broadway’s This Is A Great Country (Completed)

This Is A Great Country Fund provided financial assistance to 50 military families across America whose children had been cast to perform with The Camp Broadway Kids Ensemble in the 2017 Macy’s Thanksgiving Day Parade on Thursday, November 23, 2017. Through a national talent search, Camp Broadway cast 125 boys and girls, ages 9-16, of all ethnicities and cultural backgrounds to represent their parents who had served in all branches of the armed services. With permission, The Camp Broadway Kids Ensemble performed an original musical representation of Irving Berlin’s American anthem “This Is A Great Country”. This marked Camp Broadway’s 10th appearance in this event. 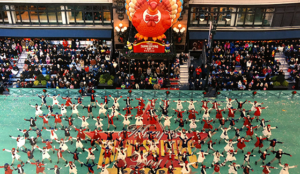 Eclipsed: 10,000 Girls was a campaign inspired by the Broadway show Eclipsed starring Academy Award® winner Lupita Nyong’o, directed by Liesl Tommy, and written by Danai Gurira. The objective of the campaign was to enable young women to attend their landmark production – the first in Broadway history to feature an all-female cast, director, and playwright.

As the name suggests, the goal of the 10,000 Girls campaign was to illuminate the historic nature of the production, the stellar cast and the timely themes of the story to: (1) enable 10,000 disadvantaged girls to experience a Broadway show, (2) showcase the relevance of the play in an educational context, ad (3) pilot a new approach to educational outreach in the theater industry. Thanks to individual donations and educational grants, the Broadway Education Alliance raised $181,155. Through an online application process, the program funded 162 schools, non-profit organizations and community groups who brought 4,195 young women, ages 12-25, to New York City to see the show on Broadway at an average ticket price of $43.18.

A special edition of StageNotes®, a digital study guide was also produced and distributed free to hundreds of schools, community centers and civic groups to provide historical background, cultural references and lesson plans inspired by the play.(http://stagenotes.net/educationguide/eclipsed/). 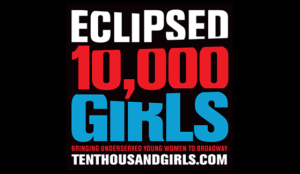 The Broadway Education Alliance was proud to work in partnership with The Nederlander Organization and the Pittsburgh CLO to develop and successfully launch The National High School Musical Theatre Awards®, aka The Jimmy Awards® in 2009 and grow it into Broadway’s only national arts initiative. Under the leadership of Susan E. Lee, BEA served as the fiscal sponsor of the program, designed the program infrastructure and guidelines, facilitated the creation of industry coalitions, managed the fundraising, led the marketing efforts, and supervised the general management of the annual awards presentation at a Nederlander theater. In 2017, the program was transitioned to The Broadway League Foundation, who continues to administer all aspects of the initiative.

Broadway Education Alliance continues to serve as the fiscal sponsor of The Roger Rees Awards to ensure that talented students from the Greater New York region can participate in this important national platform. We are proud that to date, The Roger Rees Awards (formerly the Gershwin Awards) has had four Jimmy Award®-winners, Ekele Ukegbu (2019 Best Actress), Jeremy Fuentes (2019 Merit Award), Andrew Barth Feldman (2018 Best Actor) and Marla Louissaint (2015 Best Actress.)